Can You Have Brass Knuckles In Colorado? 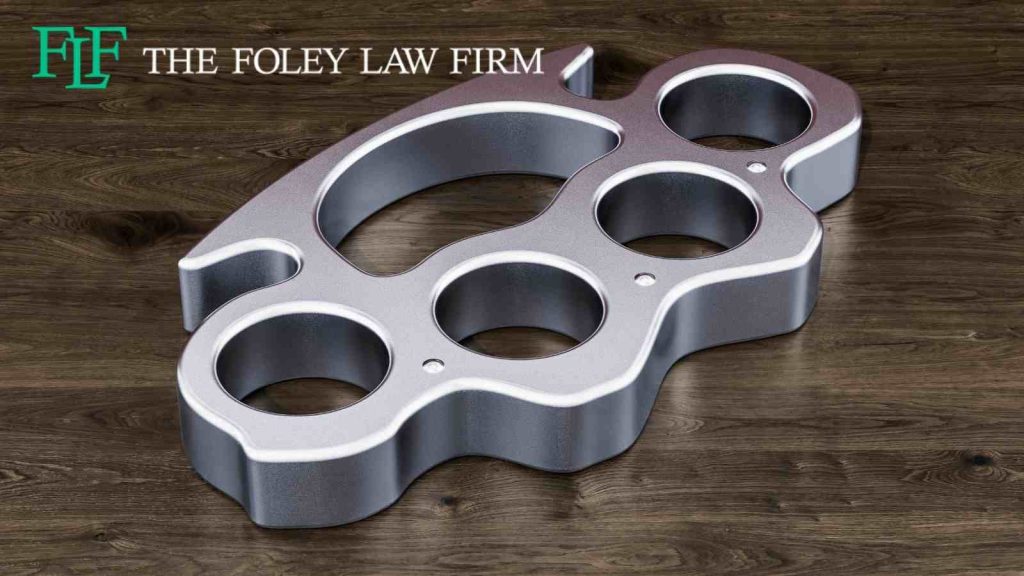 Brass knuckles are considered dangerous weapons since they’re used in attacks on other individuals. During World War I and II, these weapons were often attached to knives to help with offensive combat in trench warfare. The mass media tends to glamorize this weapon, but many state and country governments have taken a firm stance against them, in all their variations.

In Colorado, possession of brass knuckles is illegal. You can face up to one year of incarceration and a fine of up to $1,000 if you’re found in possession of this type of weapon.

What is included in the prohibition?

In essence, there is a complete ban in this state on these weapons in all forms – even some that may surprise you. For example, the ban includes anything exhibiting brass knuckles, such as jewelry or accessories. You also cannot simply swap one metal for another and hope to avoid prosecution. For example, steel or titanium knuckles will get you into just as much trouble as those made of brass. It’s also illegal to purchase or sell brass knuckles in this state.

The dangers of brass knuckles are well documented. If they’re used on a person, they can lead to broken bones, deep lacerations and other injuries. In fact, a person who’s facing brass knuckle charges could even have a civil case filed against them if the weapon was used in an altercation that resulted in injuries to another party.

Anyone who’s charged with any weapons offense should learn about their options for a defense. These cases must be taken seriously. Working with someone familiar with weapons charges may help you to learn how options you have. Starting to work on your defense strategy early is beneficial.