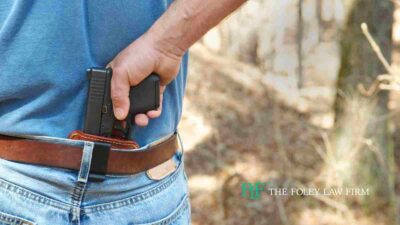 Every state has laws and regulations regarding the purchase, possession and use of a firearm. If you own a weapon in Colorado, it helps to familiarize yourself with the state’s gun laws.

The state of Colorado has its own set of gun laws: Open Carry and Concealed Carry Law (CCW). With certain exceptions, concealed carry laws allow you to carry a firearm in a public place. However, to do so, you must first obtain a concealed carry permit.

As already indicated, Colorado concealed carry weapon (CCW) permit allows Colorado residents to carry firearms in public areas in a manner that is not visible to the ordinary observer.

To obtain the CCW permit, you must:

Colorado law does outline certain restrictions for the CCW permit. A second DUI conviction within 10 years can greatly diminish your chances of obtaining a CCW permit in Colorado. Additionally, a history of alcohol and substance abuse can reduce your chance of obtaining this permit.

Colorado concealed carry law also prohibits gun owners from carrying their weapons to certain places. These include public buildings, schools and colleges as well as other locations prohibited by federal law such as airports.

Owning a weapon in Colorado comes with its share of responsibilities. Find out how you can safeguard your rights when charged with a gun crime in the state.