What Kinds Of Medications Do People Commonly Misuse? 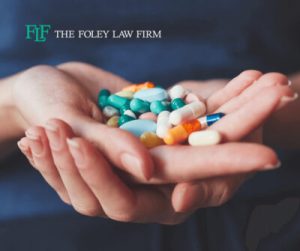 Drug prohibition laws and controlled substances laws exist to protect the public. Many naturally occurring and chemically derived compounds pose a risk of harm to individuals or can lead to addiction. By prohibiting some substances and controlling others, the government aims to support public health and reduce addiction.

Even those with valid prescriptions can sometimes find themselves facing drug charges if police officers suspect them of trafficking their medication or misusing it. Knowing what prescription drugs have a strong correlation with abuse can help you avoid running afoul of Colorado drug laws.

Many drugs that people commonly misuse have similar effects

Is usually not the brand or name of a drug that matters so much as its effect on the human body. Some people will misuse prescription medication in the hope that they can duplicate the effects of other, prohibited substances.

For example, the misuse of ADHD medication and other prescribed stimulants is common among those with addictions to amphetamine or methamphetamine. People also sometimes abuse sedatives, benzodiazepines, erectile dysfunction drugs, sleep medications and even over-the-counter cough syrup. People use these drugs on their own or sometimes use them to manufacture another substance.

Narcotic painkillers are abused at dangerous rates, as they often lead to chemical dependence and have high demand on the unregulated market. However, many prescription medications have some degree of demand on the secondary market.

Anything that relieves pain, reduces anxiety, increases sexual function or causes side effects like hallucinations could be easily abused.

If you have prescriptions that are vulnerable to misuse, taking care in how you store, use and transport them can help limit your risk of criminal charges for possessing or using them.