What can you do if you were coerced into a confession? 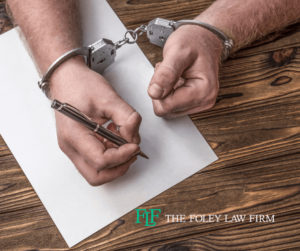 You’ve seen and read stories about people who confessed to crimes they didn’t commit. While they’re sometimes referred to as “false” confessions, most can more accurately be called “coerced” confessions.

Probably one of the most famous examples in this country is that of the “Central Park Five.” Four of the five teens confessed to a rape in which they had not taken part. They were convicted of the crime, largely based on those confessions, despite none of their DNA matching that found at the scene.

The confessions came after police used tactics like getting the teens (who didn’t even know each other) to turn on each other and telling them they could go home if they just admitted to committing the crime. They were exonerated years later only after the real rapist confessed and his DNA was a match.

One study found that about a third of coerced confessions are made by juveniles (to crimes as serious as murder). That means the majority are made by adults.

Can you keep a coerced confession out of court?

If someone has confessed to a crime while being interrogated by authorities, can’t they just take it back or at least keep it from being used as evidence against them?

It’s not that easy. Your attorney needs to file a motion to suppress with the court, and you need to show that it was obtained through coercion.

To prove coercion, you must demonstrate that police violated the rules during the interrogation. Of course, they’re not allowed to use violence or torture –- no matter how many times we’ve seen good-hearted but hot-headed police on shows like Law & Order throw suspects up against the wall. They are, however, allowed to lie and otherwise deceive suspects if they think it will get people to talk.

Being interrogated can be a frightening and overwhelming experience – even for someone who’s innocent. That’s why you have the right to have an attorney present, and you don’t have to answer questions until they arrive. Attorneys can protect arrested people from coercive tactics – and from themselves.

If the damage is done, and you or a loved one wrongly confessed to a crime, it’s essential that you talk to an experienced criminal defense attorney about the details surrounding the confession. They can work to get it suppressed, protect your rights and defend you in court.