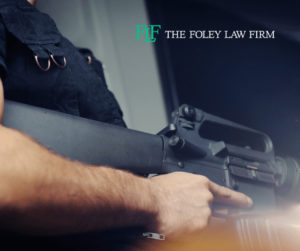 There have been many high-profile mass shootings in Colorado over the past few decades, leading many lawmakers to propose new, stricter gun legislation.

One of the latest bills aims to ban the possession of assault weapons. Some gun advocates feel that the bill is over-reaching and deprives gun owners of their rights under the Second Amendment. At the same time, most lawmakers agree that action must be taken to curb gun violence in the state.

Past initiatives to curb gun violence in Colorado

State lawmakers passed the "Red Flag" Gun Bill, or House Bill 1177, in 2019. Colorado was the 15th state that had done so. It gave family members and law enforcement the ability to petition the court to remove an individual's guns for up to a year if they deemed that person to pose a danger to themselves or others. The court would issue an Extreme Risk Protection Order (ERPO) if police or family members made valid removal claims. Owners who could prove that they no longer posed a threat could have their guns returned to them.

Many lawmakers feel that this legislation hasn't done enough to curb gun violence in the state, as evidenced by the latest mass shooting in Boulder earlier this year that resulted in 10 individuals' deaths, including a police officer, with victims ages ranging from 20 to 65.

This proposed bill's opponents argue that the proposed category of guns is quite diverse, and thus the passing of any such legislation would significantly infringe upon gun ownership rights. They also say that its unlikely residents would turn over guns that they rely on to protect their families. They also note that those with mental illness or inclinations to commit crimes wouldn't turn these AR-style guns over either.

What to do if you're facing gun charges in Colorado

Colorado's gun laws are ever-evolving. Many individuals find it challenging to keep up with ever-changing legislation and end up facing criminal charges as a result. Prosecutors and the court system don't look too favorably upon those who claim ignorance of the law. A criminal defense attorney can advise you on how to protect your rights in cases like these.