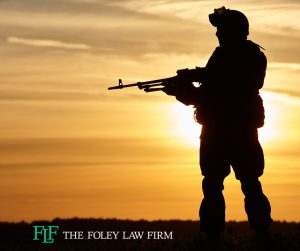 The U.S. military holds its soldiers to high standards. It doesn't look too fondly upon service members committing adultery, failing to pay child support or those facing domestic violence allegations.

The different actions described above are just some of the many reasons why a soldier could face disciplinary action, including a dishonorable discharge from their military career.

How the military's involvement in your domestic violence case can vary

You may find it interesting to learn that the military doesn't always take on an active role in a domestic violence case involving a service member. They generally only do so if the alleged offense occurred on base and at the hands of a soldier. The case would be turned over to military justice officials or handled via the family advocacy system in those situations. Civilian law enforcement officials and judicial officials wouldn't typically become involved in such instances.

Civilian law enforcement agencies and Colorado county prosecutors would generally be responsible for investigating any allegations waged against a service member when incidents occur off the base, however.

What impact might domestic violence convictions have on a soldier?

A conviction for domestic violence, no matter whether it's a misdemeanor or felony one, may end a service member's military career.

The impact that such a conviction has on a soldier's job may be due in part to military officials viewing domestic violence as a crime of moral turpitude or poor judgment. The main reason why such a conviction often ends a soldier's military career is the Gun Control Act of 1968's Lautenberg Amendment. The 1996 amendment made it unlawful for anyone convicted of either a violent misdemeanor or felony domestic offense to possess a firearm, even if they were employed as members of the armed forces or in law enforcement.

What can you do to preserve your military career?

You shouldn't assume that your career as a service member is over if you're facing domestic violence charges. It could be if you don't craft a solid defense in your case, though. An attorney with a thorough understanding of the implications a domestic violence conviction can have on your military career can advocate for you here in Colorado Springs when you need it most.