Should you consider a plea bargain? 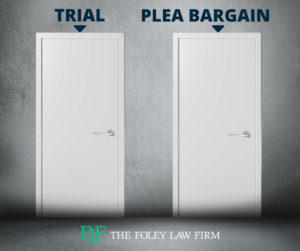 People who are facing a criminal charge have several decisions to make. One of these is what plea they will enter. Many people choose to enter a not guilty plea, but that decision can change as the case progresses.

Some defendants will ultimately try to work out a deal with the prosecutor. This is known as a plea bargain.

Why would a defendant consider a plea bargain?

Defendants consider plea bargains as part of their defense strategy because it prevents them from the uncertainty of a trial. They can have some measure of control over the outcome of their case. One great benefit of a plea deal is that the defendant knows what sentence the prosecutor is going to recommend to the court -- and that can be far less than they would risk if they decide to go to trial and lose.

Why do prosecutors and the court consider plea bargains?

Prosecutors have limited resources. Plea deals enable them to focus on the cases that are worthy of those resources. By accepting plea deals when possible, the prosecutors can help to keep the court docket a bit less congested. This means that defendants can have their time in court faster.

It’s also possible that plea deals will help to prevent prison overcrowding since the prosecutor might accept probation or other programs in the deal. Even if the defendant gets a prison term, it may be shorter than what would have occurred during the sentencing phase of a trial.

Any defendant who’s interested in a plea bargain should discuss the possibility with their attorney. Remember, plea bargains are the same as a conviction on your record, and you cannot appeal a plea deal once you enter into it, so that’s also a consideration. Your attorney can help you to evaluate your options.