Is medical malpractice really one of the leading causes of death? 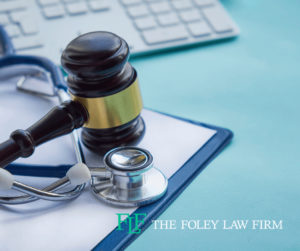 Most doctors are highly competent professionals, and most hospitals have numerous systems in place to prevent catastrophic medical mistakes. If you are like most Americans, you probably think that medical malpractice is something that doesn't happen often here in the United States.

However, some news outlets have reported in recent years that medical malpractice is now one of the top causes of death across the country. Is that information accurate? Are doctors in the United States really making thousands of fatal mistakes in the care that they provide?

States and countries have different practices for how they attribute the cause of death for an individual. Discrepancies can make it difficult for those hoping to view the big picture of medical malpractice to have an accurate perception of the situation.

As you might imagine, estimates about fatal medical malpractice events vary widely. Some of the most conservative estimates from the number of people who died due to medical mistakes place the total number of deaths each year at under 100,000. However, a frequently cited study by Johns Hopkins University estimates that 250,000 deaths each year are the result of medical error. The report explores how reporting issues result in inaccurately low official death counts.

The quarter of a million medical error deaths estimated annually represent not just the reported medical fatalities but also extrapolated data about patient outcomes that might not get reported as medical mistakes by a coroner's office. If that estimate proved accurate in any given year, medical mistakes would be the third leading cause of death.

For every fatal medical mistake, there are many smaller problems

Only a fraction of medical mistakes result in a patient's death. Many other mistakes simply negatively affect someone's recovery or quality of life. The sad truth is that medical professionals, especially those who work in high-volume facilities, are under intense pressure to see as many people as possible. That limits the quality of care that they can provide.

From rushing patients through descriptions of their symptoms to overlooking details in a medical chart because the physician is too tired to read the full file, there are many ways that medical errors can occur in a hospital or doctor's office. The patients whose care suffers because of medical malpractice may have increased medical expenses or decreased earning potential because of improper care they receive.