What are the different kinds of medical malpractice? 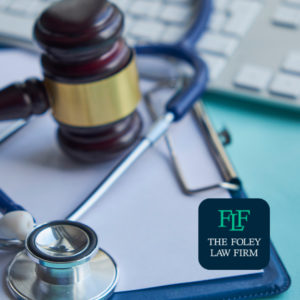 People trust their doctors, but physicians are humans who can make mistakes while working. They even carry insurance to protect themselves from the potential harm a mistake on the job would cause.

Medical malpractice insurance protects doctors by limiting the financial consequences they have to bear when they cause harm to a patient from negligence or bad decisions. Patients can make claims against that insurance to cover the costs for medical care they need or the wages they've lost because of a medical mistake.

Knowing the kinds of malpractice can make it easier for you to determine if you've been the victim of medical malpractice.

It can be hard to determine what causes the symptoms someone experiences. Doctors train for years to be able to eliminate certain causes and arrive at an accurate diagnosis. When they don't listen to patients, don't engage in adequate testing or jump to conclusions, doctors can misdiagnose someone.

Other times, they may not diagnose a patient at all. Delays in diagnosis can mean someone's condition gets worse. A wrong diagnosis might mean undergoing treatment that proves unnecessary and actually harms the patient.

Surgical mistakes come in a variety of forms

Surgical errors happen every week across the country and can cause permanent damage to a patient. Doctors could operate on the wrong side of the body, perform the wrong procedure, make mistakes while administering anesthesia or even leave items inside a patient's body. They may also fail to notice if they cause bleeding during the surgery. Any of these mistakes might constitute medical malpractice.

Medication errors can come from a number of places

Mistakes with the administration of prescription medicines are another major source of malpractice claims. Sometimes, nurses make mistakes while handing out medication to a patient in a facility. Other times, there could be an error while administering a drug through an IV. It's even possible for pharmacists and their technicians to make mistakes while dispensing a drug or a physician to prescribe a medication that will exacerbate a patient's known allergy or interact with another prescription.

Neglect is another common source of malpractice claims

A doctor or other medical professional failing to clean their tools or change gloves between patients might transfer infection or put someone at unnecessary risk. Doctors and other staff ignoring requests for care could mean that a patient doesn't get help in an emergency. Neglect, like wrong decisions, can lead to allegations of malpractice.

If a reasonable person or another Medical Professional would have handled the situation differently, some of the actions involved in a situation could potentially constitute medical malpractice.