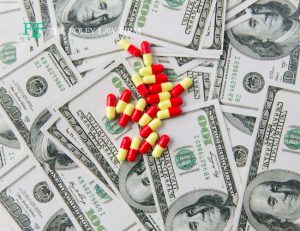 A year-long investigation into suspected drug activity in Colorado recently came to an end, resulting in almost two dozen people facing criminal charges. The Denver Field Division of the Drug Enforcement Administration and U.S. Attorney’s Office worked to investigate and stop heroin trafficking. They reported that the indictment has 37 counts, involving 23 people.

One husband and wife team was allegedly at the center of the entire trafficking ring. According to the indictment, the wife was the one who took orders, met with runners, collected money and did other things to keep the trafficking ring going. The organization supposedly distributed around one kilogram of heroin each week.

The investigation into the operation started in Sept. 2019. During a raid, law enforcement purportedly seized firearms, around $100,000 in cash and 33 kilograms of heroin. The individuals in this trafficking ring are facing a variety of federal charges, including money laundering, heroin trafficking, transportation of illegal drugs and more. Over one dozen of those indicted have been arrested and already made their initial appearances in court.

Individuals charged with trafficking of drugs, particularly at the federal level, face a range of potentially steep penalties. They may end up behind bars for years, as well as have to face a range of other penalties. Anyone indicted and facing such grave charges in Colorado would be wise to act immediately to secure appropriate legal support. With the help of an experienced defense attorney, it may be possible to mitigate potential penalties, as well as ensure the protection of the defendant’s rights throughout the criminal justice process.